Home About Us Get Case Study Blog Login

How to Decalcify Your Pineal Gland 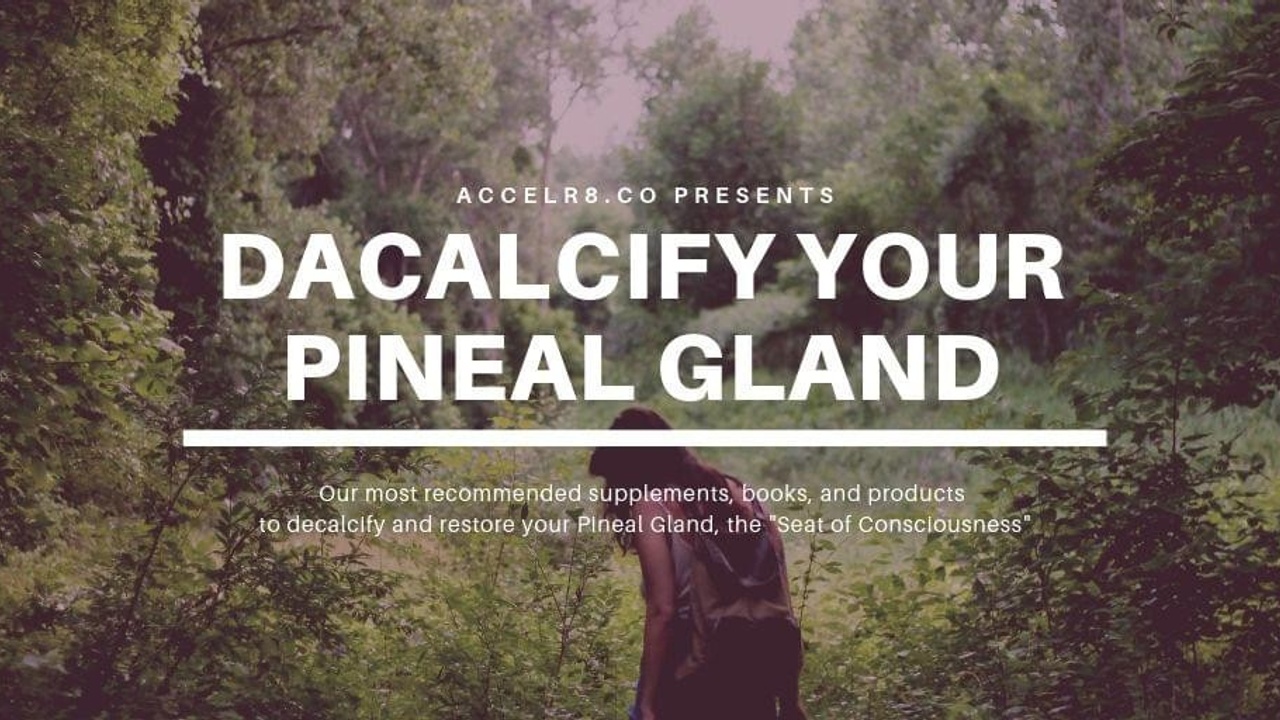 THE PINEAL GLAND
The size of only a grain of rice, this tiny gland is an essential player as to how we perceive reality, make decisions, perform and how we sleep. A healthy-functioning pineal is essential for psychological development, peak performance, and maybe even something a bit more spiritual.
Unlike most of our brain, the blood-brain barrier doesn’t isolate the pineal from the rest of our body. Instead, the pineal gets a tremendous amount of blood flow, second only to the kidneys. Surrounded by and immersed in cerebrospinal fluid, this gland camps out in a tiny cave-like area behind and above the pituitary gland.
The pineal gland secretes melatonin (through the conversion of serotonin), which activates the pituitary gland to release MSH — the melanocyte stimulating hormone that produces melanin.
In a study done by British scientist Jennifer Luke back in the 1990s, she discovered high concentrations of fluoride in the pineal gland on her subjects. Other studies have shown that nearly 60% of living humans have a moderate to severe level of calcification, or have even developed large "cysts" on their Pineal Gland.

That cannot be a good thing!
CALCIFICATION
Flouride has been essentially shown to increase calcification of the human Pineal Gland. This calcification is associated with many neurological disorder such as migraines, stroke, schizophrenia, and Alzheimer's disease.
Through a regimentation of tools and techniques (combined with the right strategy) is can be possible to decalcify the Pineal gland, by first allowing the body to excrete excess Flouride through the kidneys.
The following is a list of the best things you can take, and do, to get this process started.

PRODUCTS & SUPPLEMENTS
This is a combination of things you can purchase online that all will powerfully contribute to your decalcification process.
Chaga Mushroom Tea Chunks
This stuff is great on so many levels. These lower blood sugar, help fight inflammation, and powerfully support the decalcification of the Pineal Gland.
Some people think Chaga mushrooms are potent medicine that can bring you back from the brink.

Bonus: they look really cool and are fun to make in tea!

Maine USA Chaga Mushroom Premium Tea Chunks, 4oz, Wild Harvested, 34-50 Servings
Oil of Oregano
This is a must have if you want a very powerful overall body cleansing oil.
Just a single drop of this, take with food, can jump start your bodies natural detoxification process.
This is also widely recognized as a top decalcifying oil to have in your routine.
Be careful though, as it's very strong, the max you will be able to take at one time is 5-6 little drops.

Natural Factors, Certified Organic Oil of Oregano Liquid, Helps Maintain Good Health with Extra Virgin Olive Oil, 2 oz (374 servings)
Chlorophyl
This has been shown to remove heavy metal toxicity along with other types of toxins in the body.
Natural chlorophyl containing green fluids are really good at cleansing the body throughout. This also works as a powerful alternative to antibiotics. It can help reduce any type of stinky smells your mouth or stomach might be making, as it is anti-septic.
Any type of spirulina, or green algae should be commonly added.
The best form would be a freshly made Wheat Grass shot (or two) from a local juice store.

World Organics Chlorophyll Supplement, 100 mg, 16 Ounce
Apple Cider Vinegar
This stuff is great for the Vagus Nerve, as it contributes to the production of Acetylcholine, by contributing the Acetyl-acid component.
However, it also doubles as a source of Malic acid, which helps remove Flouride from the body safely as well.
This one is probably a no brainer! Just get it!

If you have a toothpaste that contains Flouride, you should replace it immediately, that stuff is generally not good for your health.

Did you know that Flouride is a byproduct of the Aluminum manufacturing industry? It seems they needed a place to get rid of all that white, toxic Flouride, and couldn't dump it in the water. So they dumped it into us!
Get rid of it, replace it, simple as that!

Himalaya Whitening Toothpaste - Simply Mint 5.29 oz/150 gm (2 Pack), Natural, Fluoride-Free & SLS-Free
L-Tryptophan
This supplement is what the Pineal Gland converts into Serotonin, and then converts that Serotonin into Melatonin.
So instead of taking Melatonin, or an anti-depressant, you can just work to decalcify your Pineal Gland, and feed yourself a good healthy source of Tryptophan.

Jarrow Formulas L-Tryptophan Peptide Nutritional Supplement, for Relaxation, Positive Mood & Sleep, 60 Tabs
K2 (In the form of MK-7 for Enhanced Absorption)
This helps regulate the actual calcification cycle in your body, preventing it from getting out of hand.
This single molecule may completely help get the Calcium off, and keep it off in the future.
Also, it's great for energy and metabolism, has always made me feel great when taking it.
MK-7 is also related to the very good Japanese dish Natto, which is also recommended for de-calcification.

Jarrow Formulas Most Active Form of K2, MK-7 90 mcg, 60 Count
Neem Oil Extract
Neem oil (Azadirachta Indica) has been used for thousands of years for its amazing healing properties.
It's trees can grow to over 50 feet high, and contain over 100 bio-active compounds!
Neem oil extract has it's own antibiotic as well as antioxidant effects. Neem is a powerful blood purifier, much like Beet Juice, assisting our liver and kidneys in eliminating heavy metals.
Neem oil helps the body get rid of endocrine disrupters that bind to your Thyroid and your Pineal Gland; as well as removing excess metabolic waste.
This is a fantastic source from magical Hawaii, and it will support you powerfully in the detoxification process.

Neem Alcohol-FREE Liquid Extract, Organic Neem (Azadirachta indica) Dried Leaf Glycerite Natural Herbal Supplement, Hawaii Pharm, USA 2 fl.oz
BOOKS
Becoming Supernatural, by Dr. Joe Dispenza is a very amazing book to have in your collection.
Dr. Dispenza has been raising awareness about the bodies natural ability to heal, and gives practical advice on how to decalcify your pineal gland (notice the Caduceus with the Pine Cone on the top of the rod) as well as other ways to create a very healthy overall body.
Very recommended!

Becoming Supernatural: How Common People Are Doing the Uncommon
Red Light Therapy (660nm)
Your Pineal Gland is basically a collection of Rods and Cones, similar to the ones in your own eyes. It absorbs light, and has an evolutional history with light.
Red light therapy is able to penetrate your skull, and make it all the way into your Pineal Gland to help regulate it, as well as activate the mitochondria that reside deep inside it.
There's a good reason they call it your Third Eye, because it very well may be an actual eye that your body used at one point in time, millions of years ago to help you regulate your sleep cycles. It is still active today, so take advantage of what you've got!
This Red Light is the best price, and largest surface area device, but you can also get smaller handheld ones that you just hold up near your head. There are even some small flashlights that emit 660nm red light, and those work if you're on the go.

Full Body Red Light Therapy Devices in Deep Red (660nm) for Face Body Skin
BONUS: Mega List of Other Options!
I will just share a quick series of other options to try as well!
Source: Medium
Here are some Herbs and Foods that can help your body process the Flouride and remove it from your body.
Source: animamundiherbals.com
Some more raw food sources and other suggestions for helping your body stay healthy.
Source: beforeitsnew.com
And that's it for the multi-lists of other things you can do if you want to go full force in decalcifying your Pineal Gland.
SUMMARY
The Pineal Gland has been recognized by human ancestors going back thousands of years as a very important part of your body and brain.
Due to the environmental pollution that exists everywhere you go, including just the air we breath and the water we drink, it's more important to be vigilant about reducing the damage that is already being done to your brain and body.
I hope that this guide will help you utilize different methods to start clearing the calcification of your Pineal Gland, so you may live a healthier, happier, more restful life!
If you're looking for more ways to stimulate your Vagus Nerve, we created another entry just about how to do that by clicking right here.

Stay connected with news and updates!

Join our mailing list to receive the latest news and updates from our team. Your information will not be shared. 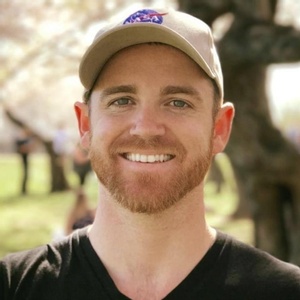